By: Dom Galeon/Futurism Elon Musk’s SpaceX took a scheduling delay and turned it into a historic opportunity: as the result of postponing the launch of a Bulgarian satellite from Monday to Friday of last week, SpaceX had two Falcon 9 rocket launches within 48 hours of each other.

Friday’s BulgariaSat-1 launch happened from NASA’s Kennedy Space Center in Florida. The second one – carrying a payload of 10 new satellites from Virginia-based telecommunications company Iridium – lifted off Sunday afternoon from the Vandenberg Air Force Base in California.

The two back-to-back launches – a first for SpaceX – were made possible by its reusable rocket technology.

Friday’s BulagariaSat-1 launch was only the second time the space venture company successfully reused a rocket booster, while Sunday’s marked the third.

In a series of tweets after the launch, Musk seemed pleased with how far the reusable tech has come.

That being said, it could still be refined even more. As he explained in his answer to a Twitter user’s suggestion, he’d like to see the rocket turnaround be so quick there isn’t even time enough to touch up the paint job.

Apart from being a weekend of firsts for SpaceX, it was also the first time Bulgaria launched a telecommunications satellite. For Iridium, today’s payload was the second batch of its planned 70-satellite constellation, which is part of its NEXT mobile communications network.

The first 10 of these low-orbit satellites were launched in January.

This weekend’s “doubleheader” was a confidence boost for the reusable rocket technology. Among other things, Musk hopes the tech will help lower the overall the cost of going to space.

He previously highlighted that launching satellites aboard SpaceX’s reusable rockets is US$300 million cheaper than conventional one-way-trip rockets.

Even before this weekend’s successes, interest in the reusable rocket tech has been steadily growing: to date, SpaceX has booked more than 50 missions – including one from aerospace giant Airbus.

Most are scheduled for this year or into 2018. There are a number launches both from private corporations like Iridium, as well as from government agencies, similar to Bulgaria’s arrangement.

Perfecting its reusable rocket technology isn’t just going to benefit SpaceX in the short term. It’s most exciting potential application could actually be in the bigger rockets that could start ferrying human beings to Mars sometime in the 2030s.

This article was originally published by Futurism. Read the original article.

Everyone Needs To Create A Tick Kit, And Here’s Why

GOP Healthcare Bill Will Lead To Deaths Of 216,900 Americans By 2026, According To Study

Reviewers of Tesla’s Newest Vehicle Are Unanimous: “The Model 3 Has No Competition” 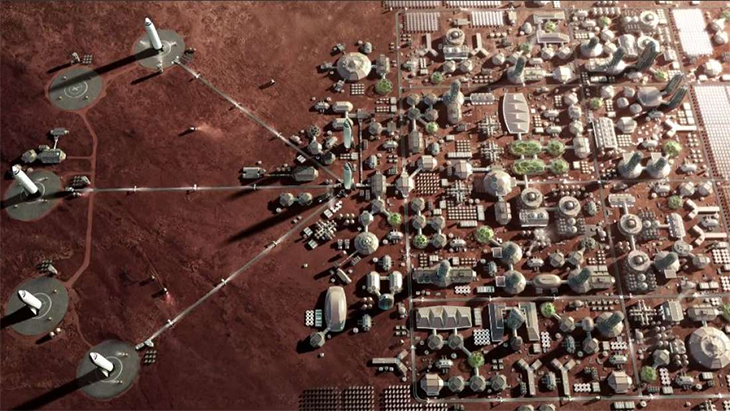