By: Jennifer Noll/Liftable  Eastwood was a sad, friendless dog. Nearly blind and limping, he was found wandering the streets of Michigan, abandoned and alone.

Eastwood, described as a Labrador retriever mix, boasts a beautiful red coat. His friendly, open face illustrates his sweet personality; despite these advantages, however, no one wanted to adopt him.

He watched as dog after dog was adopted from the shelter. Surely, he must have felt more than a twinge of sadness that no one wanted to take him home.

All that changed when the “Empty The Shelters” event was held. This event, sponsored by BISSELL Pet Foundation, was so successful that 1,571 pets from 66 shelters across Michigan were adopted in just 24 hours.

All, that is, except for poor Eastwood. He was the only animal who was not adopted by the close of the “Empty the Shelters” event.

Eastwood’s sad plight made headlines, and his story went viral. Images of the adorable pooch appeared across social media.

That’s when Stan Van Gundy, head coach of the Detroit Pistons, learned about the lonely pup. When the Van Gundy family heard he was the last pet remaining, they knew they had found their pet.

“If it were not for Empty the Shelters, our family would not have seen Eastwood. We always believe our animals find us,” said Stan’s wife, Kim.

His problems include a genetic defect in one of his hind legs. Eastwood “also has a condition that causes his eyelashes to grow inward,” which has intimidated other would-be adopters.

Although he has already had surgery to repair his eyes, another surgery is needed. Surgery may also be needed to repair his leg in the future, should his condition worsen.

The Van Gundys, however, are true animal lovers and are prepared to support Eastwood come what may. Now in his forever home, Eastwood romps with another dog and six cat pals.

Clearly, the entire family loves their new addition. Congratulations to Eastwood, whose lonely days are over at last!

Teen Dies After Consuming ‘Totally Legal Substance.’ If Your Kids Use This, Warn Them Immediately 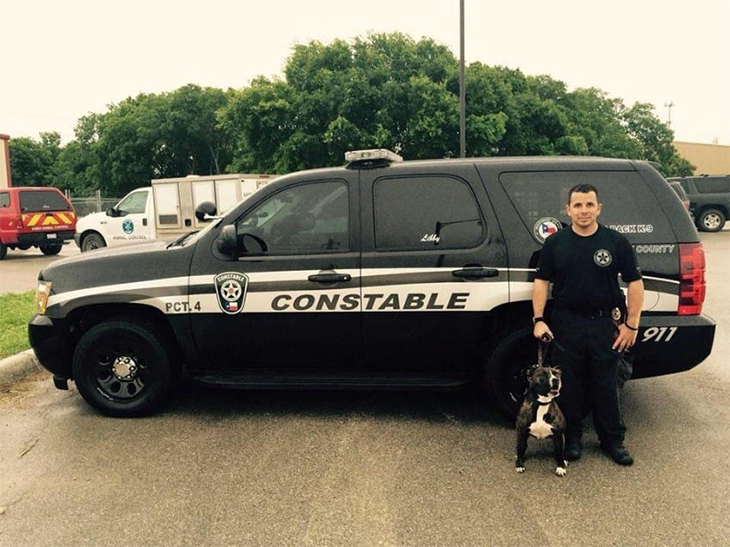 Local Cops Needed Cheaper K9s, So They Went To The Animal Shelter And Adopted Pit Bulls