By: Bec Crew/Science Alert  An Indian teenager has won an international competition to build a functioning satellite, and not only has he produced what is reportedly the world’s lightest satellite device – NASA has also agreed to launch it next month.

The tiny satellite weighs just 64 grams (0.14 lb.) and will embark on a 4-hour sub-orbital mission launched from NASA’s Wallops Flight Facility in Virginia on June 21. Once positioned in microgravity, its main objective will be to test the durability of its extremely light, 3D-printed casing.

“It will have a new kind of on-board computer and eight … built-in sensors to measure acceleration, rotation, and the magnetosphere of Earth.”

Shaarook entered his invention into the Cubes in Space competition, run by education company I doodle learning and supported by NASA and the Colorado Space Grant Consortium.

The challenge presented to school students was to invent a device that could fit into a 4-metre (13-foot) cube and weigh no more than 64 grams. And, most importantly, it had to be space-worthy.

The tiny satellite that topped all the entries has been named KalamSat, after Indian nuclear scientist and former President, A.P.J. Abdul Kalam.

It owes its lightness to its reinforced carbon fibre polymer frame – a material that has a super-high strength-to-weight ratio and is used in everything from aerospace engineering to fishing line.

On June 21, it will be launched into sub-orbital flight, where it will complete a 4-hour round trip, and be online and operational for 12 minutes in the micro-gravity environment of space. (Sub-orbital means it goes up and comes back down, whereas orbital means it will continue circling the globe.)

NASA has made a habit out of seeking ideas from outside its expert cohort of scientists and engineers, proving that it doesn’t matter who you are – or how young – good science can come from anywhere.

Back in March, the space agency made headlines when its data was corrected by a 17-year-old student in the UK.

The teen, Miles Soloman, had been studying data recorded by radiation detectors on the International Space Station (ISS) during British astronaut Tim Peake’s six-month stay and noticed an error in the reported energy levels.

And just weeks ago, NASA also announced that it would be launching a device called the miniPCR to the ISS to test space-faring microbes in situ for the first time ever. That device was also invented by a teen – a 17-year-old student named Anna-Sophia Boguraev.

We can’t wait to see where these amazing role models go next – and good luck to Rifath Shaarook on his launch next month! 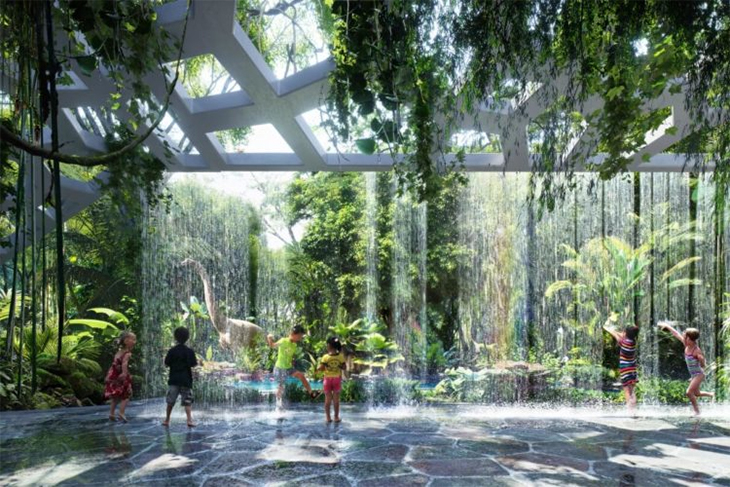 Dubai Hotel Will Have An Indoor Rain Forest